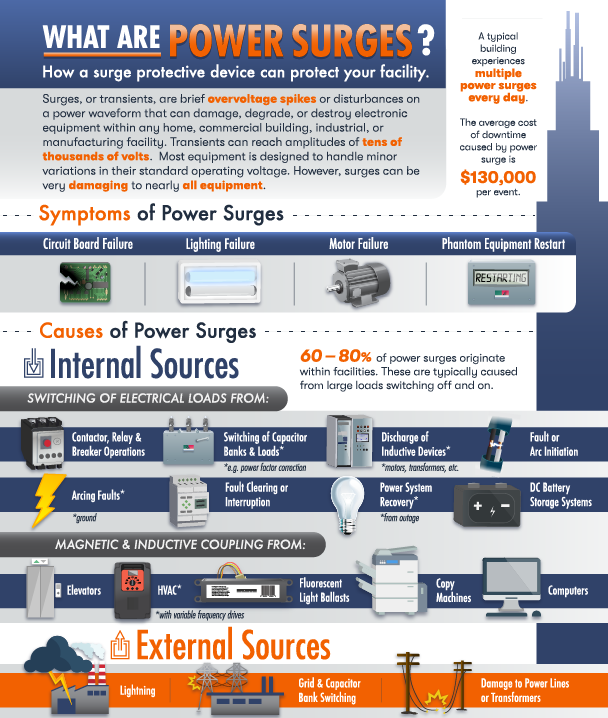 Are you one of the hundreds of people around Pittsburgh that have been affected by the recent storms? If so, please keep reading.
Not long ago, we were about halfway through a job of completely rewiring a 2,900-square-foot house in Homestead, Pa, when the owners decided to save some money and not install whole-house protection against power surges. Sure enough, soon after the house was finished, we got a phone call from the distressed owners: Lightning had struck a utility pole near their house, sending a tidal wave of voltage through the wires, past the main breaker panel, and into the house. It burned out the motherboard in the Sub-Zero refrigerator, fried the temperature controls in the double-wall oven, killed six dimmers, two computers, and every GFCI plug in the house, It was an $11,000 loss.
Many homeowners believe that adequate surge protection begins and ends with plugging their computer into a power strip. Unfortunately, that’s seldom the case. First of all, not all surge protectors live up to their name; some are little more than glorified extension cords. Second, a surge will follow any wire into a house—phone and cable lines included—and threaten fax and answering machines, televisions, satellite systems, computers, and modems. And third, as the owners in the Homestead remodel discovered, delicate electronic circuitry has proliferated throughout our homes, leaving common appliances as vulnerable as computers to the effects of surges.2

A power surge may last for only a few millionths of a second, but at its worst, it carries tens of thousands of volts, enough to fry circuit boards, crash hard drives, and ruin DVD and home-entertainment systems. Lightning-induced surges are the most powerful and most feared: A 200,000-amp jolt crashing through a power line will burn standard 20-amp wiring like a light bulb filament. But a lightning strike has to be less than a mile from the house to cause harm, and in fact most surge-related damage is not caused by lightning.
Far more common, if not as dramatic, are surges caused by downed power lines, sudden changes in electricity use by a nearby factory, or even the cycling on and off of laser printers, electric dryers, air conditioners, refrigerators, and other energy-sucking devices in the home. The damage inflicted by these minor power fluctuations can be instantaneous—but may not show up for some time.
You might not even notice it. Then a year or so later your microwave stops working.
From televisions and DVD players to refrigerators and ranges, today’s electronics and appliances are smarter- and more sensitive- than ever. They contain computer chips that can be damaged by even a minor electrical surge.
Point-of-use surge strips provide only partial protection. They provide limited protection for the equipment plugged into them and no protection for all the appliances and systems that aren’t connected to them.
When sensitive equipment, such as a computer, is connected to multiple sources (AC power and telephone connections), the electronics can be destroyed by surges that transition from the electrical line to the telephone line or vice versa.
Ask us how to protect your home and prevent the loss of tens of thousands of dollars for less than you would expect.
Scroll To Top